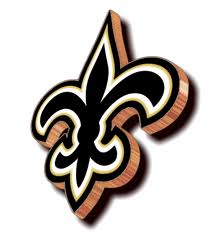 Greg Romeus is out

Chase Daniel has a thumb.

The Saints are still awesome whenever Drew signs.

Moving on to bounties, suspensions, scandals, lawyers, commissioners, unions and all kinds of shit that can't be avoided when it comes to the New Orleans Saints and the state of the team this offseason.

First things first. Personally, I don't care about the coaches' or the payers' suspensions anymore. I'm over it. I have accepted them as definite and did so quite some time ago. The Saints are still a dangerous team. Possibly more dangerous than they were last year. According to media reports from mini camp, they are definitely more focused than ever.

So, remember when the player suspensions were handed out? And the statement from the NFL outlining each player's offenses? Let's take a look at it: 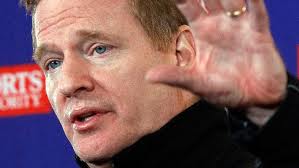 Under Article 46 of the collective bargaining agreement and the standard NFL player contract, a player is subject to discipline by the commissioner for conduct detrimental to the integrity of and public confidence in the NFL. The discipline imposed today for such detrimental conduct is as follows:


-Scott Fujita (now of the Cleveland Browns) is suspended for the first three games of the 2012 regular season. The record established that Fujita, a linebacker, pledged a significant amount of money to the prohibited pay-for-performance/bounty pool during the 2009 NFL playoffs when he played for the Saints. The pool to which he pledged paid large cash rewards for "cart-offs" and :knockouts," plays during which an opposing player was injured.


-Defensive lineman Anthony Hargrove (now with the Green Bay Packers) is suspended without pay for the first eight games of the 2012 regular season. Hargrove actively participated in the program while a member of the Saints. Hargrove submitted a signed declaration to the league that established not only the existence of the program at the Saints, but also that he knew about it and participated in it. The evidence showed that Hargrove told at least one player on another team that Vikings quarterback Brett Favre was a target of a large bounty during the NFC Championship Game in January of 2010. Hargrove also actively obstructed the league's investigation into the program by being untruthful to investigators.


-Will Smith of the Saints is suspended without pay for the first four games of the 2012 regular season. Smith, a defensive end, assisted Saints defensive coordinator Gregg Williams in establishing and funding the program during a period in which he was a captain and leader of the defensive unit. Multiple independent sources also confirmed that Smith pledged significant sums to the program pool for "cart-offs" and "knockouts" of opposing players.


-Linebacker Jonathan Vilma of the Saints is suspended without pay for the 2012 NFL season, effective immediately per league policy for season-long suspensions. The investigation concluded that while a captain of the defensive unit, Vilma assisted Coach Williams in establishing and funding the program. Multiple independent sources also confirned that Vilma offered a specific bounty -- $10,000 in cash -- to any player who knocked Arizona quarterback Kurt Warner out of the 2009 Divisional Playoff Game and later pledged the same amount to anyone who knocked Minnesota quarterback Brett Favre out of the 2009 NFC Championship Game the following week (played on January 24, 2010). Vilma is eligible to be reinstated after the Super Bowl in 2013.


The evidence conclusively demonstrated that from 2009-2011 Saints players of their own accord pledged significant amounts of their own money towards bounties, that players accepted payments for "cart-offs" and "knockouts" of injured opposing players, and that the payout amounts doubled and tripled in playoff games.


So, let's look at the record of what was presented yesterday. If you haven't seen the evidence presented or the annotated explanation by the union, you can look at it here. It will hurt your neck. You've been warned.

In the above statement I underlined certain points that seem to have been the basis for suspensions that were not shown in the evidence presented to the players yesterday. Go back and look at the games, the records presented (which havven't been authenticated and were "transcribed." I mean, does no one at the NFL offices know how to use a scanner?) and ask yourself if these reasons stated as to why the players were suspended were shown in the supporting evidence of their suspensions. I saw lots of stuff that had nothing whatsoever to do with any payments for anything and about 5 pages that could be considered relevant to the suspensions (if the transcriptions are accurate and the documents transcribed authenticated). It is obvious to me why the suspended players wanted coaches, teammates, and team personnel available at the appeal to testify as to the authenticity of some evidence, give context to some, and provide exculpatory evidence as well. The majority of the NFL's statement was not supported by the evidence presented. Roger Goodell was quoted as saying that the evidence presented yesterday was all they had on the four suspended players. Moron.

One thing is clear: The NFL thinks they can do no wrong and that they have these players by the balls. In a sense they are right. These suspensions are going to be upheld, but that isn't going to change the perception that people have of the commissioner and this investigation in its entirety.

In the transcription of the pledges of the Vikings game (where's the ledger for the Arizona game?) it shows Vitt contributing $5,000. How was Vitt not accused of doing this and not suspended longer than 6 games if this is true? Vitt's lawyer says that he was never charged with contributing to this pool and doesn't understand why it would come out now that he did. If the NFL had proof that Joe Vitt had indeed contributed any amount of money towards putting Brett Favre on a stretcher, don't you think they would have done something a little more about it?

Read PFT's transcript of the morning session from yesterday's appeals? Do it. It will make you feel better. Two great and relevant quotes from the article:

“We have, in fact, engaged in a thorough investigation.  It has been [stymied] in part, sir, because you haven’t issued gag orders to people with evidence, former coaches, people with [the] New Orleans Saints, you had made threats to keep them from talking, you have refused to have them even participate in today’s proceedings, but nonetheless, Commissioner Goodell, we have talked to dozens of people, literally dozens of people regarding your allegations.  We have spend months gathering information and we have compared that information to your descriptions, your public descriptions. . . .  But in preparing with what you have accused Mr. Vilma with the information that we have gathered, we have found the following, Commissioner Goodell.”


“You have taken words that Gregg Williams used, colorful words like cart-offs and wax and [kill the head] and have chosen publicly to distort the meaning of those words notwithstanding the fact that Mr. Williams and others ha told you that those terms in no way relate to illegal hits or any bounty program that you have decided, sir, to misrepresent what those words, in fact, mean,” Ginsberg said.

Ginsberg also cites “substantial evidence” that Williams and former Saints assistant (and suspected whistleblower) Mike Cerullo “retracted directly and affirmatively and without equivocation any claims they have previously made about a bounty program,” explaining that the league has not disclosed those retractions.


Holy shit! Right? If these accusations are true, Roger Goodell better hope that none of this ever gets in front of an actual judge because, in my honest opinion, putting him into a situation where someone has authority OVER HIM could prove to be catastrophic for him as the commissioner of the NFL. Sure, the CBA grants him unlimited power and authority in investigations and gives him the right to punish as he sees fit, but it doesn't give him the right to misconstrue the facts of his investigations to publicly damage the reputations of all involved so that no one will even question his investigations and their merits in the first place.

Adam Schefter was on Mike and Mike this morning saying that it's obvious that there was a pay-for-performance program, but not necessarily a pay-to-injure program. And he's right. Something doesn't add up. This thing has stunk since the get go and with every day that passes and more "evidence" gets released, it stinks even more. 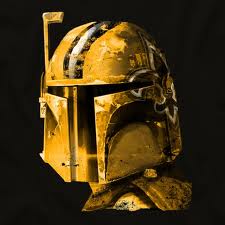 
As I stated earlier, I have accepted the punishments handed out for the Saints. I really don't think it will be all that big of a deal. I have let go of the anger I felt when Sean Payton was suspended for they year and have embraced the role we have been given. It is obvious to me that the 2012 New Orleans Saints are going to have to fight tooth and nail for every single yard they gain both on the field and in the press and that the hard work and determined effort they put in will pay off in the Dome come February.

Posted by insidejob at 8:55 AM