Musings on the Life and Times of Sean Payton 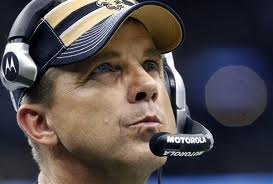 Who is Sean Payton? The man? The father? The husband? The coach? The friend? The human being?


These are questions that very few may have the answers to. The man who eloquently describes his players' injuries as a "hand" or "a knee" has given the public the same descriptions of his life. Can't blame him.


The story as it has been told to us:

So that's the narrative. Leaves lots of questions to be asked in the stories we read between the lines.


Read Payton's book? Heard the story about his post-Superbowl presser? Sleeping with the Lombardi? Peanut butter and sand for 3G before the game? Bats in the playoffs? See that fleur de fucking lis up there? White ball!? White ball!?

We all have nothing but the fondest memories of our saints fandom because of Sean Payton. The man, coach, leader, icon.

Has it been a fall from grace? Or is it something that has been in the works for a while? In this fan's opinion it has been neither. Coach was a victim of circumstance. Could or should he have been more vigilant in either stopping or covering up what has caused him to lose his job and reputation? Probably. But then he wouldn't be Sean "We Make the Damn Rules" Payton."

Does this mean the end of our coach and all that has made him the man he has been to all Saints players and fans alike? If you think so, go root for the (lowercase f) falcons. If Drew Brees (hey, Drew? Sign the damn contract already!) and the rest of his players and coaches have anything to say about it, they're going to win the whole God damned thing for Payton. If there was ever a man in a position to absorb a blow like this, it is Sean Payton. Just look at the way he has handled his players from the little that we have seen. He made Reggie Bush a team player for God's sake. He made Scott Fujita worthy of being recruited after the Superbowl by the Cleveland Browns for much more than he was worth because he enabled Scott to be a leader in a way that the Cowboys stymied. When many coaches would have been done with Robert Meachem and his first round draft position after the first few years, Payton coddled him and motivated him and plugged him into the system to get the most out of his strengths and limited his weaknesses. Post-Superbowl Vicodin scandal...not a peep. Suspended without pay for the entire 2012 season, he goes and plays with Jimmy Buffet and Grace Potter an the Nocturnals.

Even in his absence legitimate defensive stars have come to play for the New Orleans Saints -- Sean Payton's New Orleans Saints. You know what? You get what you paid for. Sean Payton is what we paid for. All of it. The rocking out with Kenny Chesney, driving local sports reporters to become drug addicts who lose their jobs, making people like Jeffrey Duncan hate him and the city's team so much that he is eating up this bountygate crap and asking for seconds, making Belichick pull his starters out of embarrassment, being the overall arrogant prick that alienates everyone in the league all the way to the top and a guy who hangs out with guys like Mike Ornstein. He gets the job done and he has had no qualms about doing things his way. From the janitor (get your kicks on that one) to the ticket reps to the secretaries and on and on and on. He has made Tom Benson more money off of this team than Benson ever could have imagined and will continue to do so until he decides he'd rather spend his time touring with Jimmy Buffet, smoking doobies, playing the bongos and singing about pirates at forty.

For the six years that Payton has been the head coach of the Saints he has made something out of nothing. Look at the pre-Payton Saints if you need a refresher on what it means to be nothing. He recruited high character guys -- players and coaches -- to create what has been a consistent force to be reckoned with in a division, conference, and league that is always getting better. Listen to what Vitt has had to say about the man he has been forced to take over for. Listen to Drew talk about the bond between himself and his head coach. Listen to any player or coach who has worked with and grown to love Payton (with the exception of Mike Cerullo [by the way, Mike, how do you disappear the night before the Superbowl?] and others who couldn't hack it in a Sean Payton run universe) and you'll hear nothing but a resounding applause for the man who has lifted them all to a level of excellence that not many men can accomplish.

Is there any reason to think that his staff will not be able to carry the torch in his absence? Lots of fans have their doubts, but not this Who Dat. The only staff changes that have been made this offseason are on the defensive side of the ball, where we all knew they had to be made. One more send the house blitz while protecting the lead (you know what this video is of, no need to torture yourself by watching it...) in the opponents own territory and none of us would have televisions left to watch.

So, if Payton's year hadn't been crappy enough already, his marriage has also withered into the abyss of broken dreams. But you know what? That's none of my business. Shit happens. And it happens to the best of us. Does it make him less of a man or a father? In the opinion of the product of divorced parents, here's a resounding go fly a kite" if you think so. If there is one thing I have learned from Sean Payton and the way he runs his team, it is that perseverance in the face of adversity is what makes you the man that you are. Whether or not doing the Bernie with random girls on the dance floor in the Bahamas is "perseverance" is not for me to say. Should he be sitting all alone in time out wondering why all this is happening to him? He can do that between jaunts in the Caribbean telling vidographers they're "#1" and planning revenge on The Shield. Go get 'em coach! 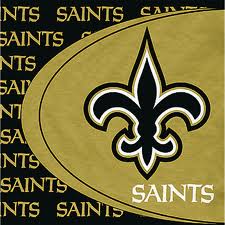 Anyone else ready for the Hall of Fame Game like they're ready for the Presidential election to get here so we can just know what we've got and work with it?

You know you are.