I really am just fucking sick of it. Take a look around at all the major network coverage that the Saints team, players, coaches, and organization in general have received. ESPN's Outside the Lines supposedly used to be the gold standard in reporting controversial issues related to sports. Now they just make shit up and roll with it. 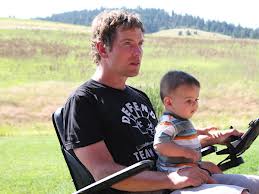 Today's culprit is HBO's "Real Sports With Bryant Gumbel." According to Steve Gleason, the subject in one of the segments that airs tonight, HBO has deliberately gone out of their way to take his words out of context to fit their agenda.

Here's the complete transcript of Frankel's interview with Gleason for the HBO story, via the Times Picayune:

Frankel: "Was there any discussion afterwards when the meeting was over and those players saw you? Did anybody say, 'Wow, that was kind of tough, Steve, I'm sorry you had to hear that?'"

Gleason: "No, the group I was with, no one seemed shocked."

Frankel: "No one seemed shocked to hear that come out of the coach's mouth?"

Gleason: "No, there was no discussion of, 'Wow, did we just hear that?'"

Frankel: "There was no discussion about that speech?"

Frankel: "You're a bright guy. Do you think you had somehow been desensitized to the violence of the game?"

Gleason: "Wait. I'm not sure what you mean."

Frankel: "That because you played the game at the highest level, that maybe even you, given your condition, had become sort of numb to the idea that coaches were advocating to kill the head?"

Gleason: "No. What I'm saying is that I was with people that never played in the NFL and those people never said anything to me about them being shocked. That is all I am saying." (emphasis added.)

So, HBO portrays Gleason's comments as an indictment on the Saints and the way they do things. Is anyone willing to just tell the story as it is rather than tailor it to fit their version?

Look at the OTL piece on Sean Payton. Why even bother doing a portrait of a suspended coach? Ya wanna know why? Because the Saints fucking rule. And because Sean Payton (and by extension Saints fans everywhere) DO NOT CARE ABOUT YOUR FEELINGS! Sean Payton clearly doesn't give a fuck and has not been shy about letting people know it. (Read his book if you think otherwise.) So what if Kaare Johnson got his panties in a was about the way he has been treated by the Saints since Payton rolled into town and turned what used to be the Saints' way into Payton's way? Fans don't care about how the coach treats the media. Why should we? We care about the manner in which he treats his players, staff, and us. And ya know what? He's been good to all of the above.

I was not the least bit offended by what Kaare Johnson had to say about Payton. That's the way he feels and he has every right to feel that way. Be mad at ESPN for even making that stupid segment. Be mad at ESPN for using the fuckwad that is John Barr to produce anything Saints related. That is one man that doesn't have the right to breathe the word "Saints" ever again. May he rot in hell.

The stories are getting old and tired and it's going to have to stop sooner or later.

Email ThisBlogThis!Share to TwitterShare to FacebookShare to Pinterest
Labels: bullshit, ESPN, feelings, New Orleans Saints, Outside the Lines, Real Sports, WE GOT THIS, who dat indig-nation