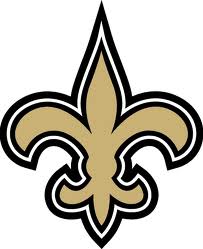 Is this offense is still what we all thought it would be? Indubitably. Yeah, Ivory fumbled and Morgan too. But when you've got a Drew Brees running things mistakes like that can be overcome, like we saw in San Francisco last year. These guys are clicking. Pierre is still Pierre and we should have no questions about what he means to this team and what his role is going to be. Liking what Ingram is showing in the limited amount we are being shown. Dude is cutting strong, which says a lot about his knee and bouncing off tacklers in the backfield and turning would be losses into short gains. I honestly believe what Sean Payton said about him last year, "The only thing keeping Mark Ingram from being rookie of the year is me." Despite his fumble, Ivory looks damn good. Running as hard as ever. I believe the amount of time he sees on the field this year will be contingent on his ability to thrive in the rest of the game. He can't be effective for this team if every time he's in the game we are going to give him the ball. He won't be able to stay healthy that way either. Travaris Cadet is getting his own section in this post because he deserves it.

Jimmy Graham. The man looks better than last year. If you're reading this blog, you already knew that would be the case, but seeing it happen in live action is still something to behold. One drop. Who cares? Stuff like that is going to happen. Saw him flatten someone on a block and then catch a ball for a 15 yard gain. That's what is going to be different about him this year. Looking forward to watching him ring peoples' bells and catch touchdowns...on the same play...all year long.

Colston, Henderson, and Moore look to be in mid-season form. What the hell are we going to do with Nick Toon? PUP? Camarillo looked good and has a history of being available to play on Sundays. Joe Morgan looks good at times and then looks lost at times. He may be practice squad material. (Especially considering the piece you're about to read on Cadet below.) Last year he looked promising in the role of return man and a fifth wide receiver option, so we stashed him on IR. Arrington either needs to be IR'd or straight up cut. This is getting old. He is not that good. He just isn't, and taking his injury history into consideration, we may just have to cut our losses. Of course, he'd probably go sign with the Bucs and end up being a pro bowl player, but he just isn't making it happen here. I'm done caring about him. Andy Tanner has caught everything thrown in his direction and seems to be a hard worker. Granted, most of the work we've seen from him has been with Chase Daniel throwing him the ball, but he couldn't look worse with Drew throwing him the ball, could he? When it comes down to it, I have as little idea as to the makeup of the wide receiver depth chart as Mr. Okra so we're just going to have to see where the chips fall. And the chips will fall soon.

The defense looked a little shaky to start the game, which was to be expected considering that Jonathan Casillas was our starting Mike, but cleaned things up fast and played well throughout the whole game. Considering the health of our defensive unit last night and the desired health for September 9, they lit things up. The line is looking strong. Jenkins and Harper are actually playing safety this year (opposed to whatever the hell Gregg Williams had them playing), and our cornerbacks aren't as much of a worry as I thought they were going to be heading into the year. God bless the Spags. I'm diggin his scheme.

All the talk about Cadet vs. Ivory needs to stop. Besides the dreads, they are nothing alike. I am not of the belief that he will clear waivers and I don't think we will even try. He is too versatile. He's got a little of the skill set of each and every one of our running backs and plays special teams. Finding a roster spot for him shouldn't be as hard as many believe. My solution: get rid of Korey Hall. We only use him on special teams anyway. Collins was the best fullback in the league last year and has shown no drop off. He's shifty. He's quick. He's strong. He catches the ball. He returns kicks. He plays on punt coverage. He makes something out of nothing at times. I'm typically not one of the CAMP BEAST kind of guys, but this guy is a camp beast and I wouldn't risk losing him. He makes Joique Bell from last year look like some bum off the street. Would I be surprised if he isn't valued by the coaching staff and front office as much as I and a lot of Saints fans value him? Absolutely not. Sure seems like they give him the ball a lot though and I don't think they would be wasting touches on someone they weren't taking a seriously hard look at putting on this roster. Might be inactive on game day, but having him on this team with his versatility is better than having him on someone else's team if/when one of our backs gets banged up and has to sit for a few weeks. He does need some work in the blitz pickup, but what rookie running back doesn't? Chase got blindsided by Mercilus last night because Cadet was looking everywhere except in Mercilus' direction. That is what coaching is for, and he wouldn't be playing all 4 quarters of the preseason games if they weren't coaching him up.

ABOUT THE COACHING SITUATION?

If the organization in its entirety isn't worried about it, neither am I. Aaron Kromer was a head coaching candidate last year for a reason. He has produced one of the best offensive lines in the game year after year and has coordinated a great running game on a dominant passing team. It's all good and will be even better in February. And y'all know why.

ABOUT THE GOD-AWFUL OFFICIALS?

Do they know what pass interference is? It's not like the "real" officials were great, but they weren't this bad. As long as the game is officiated crappily in all phases for both teams, then I guess it isn't much of a problem. I can say this right now because these games don't matter. Once blown or missed calls start costing teams games that count, there may be riots. I mean, it's ugly. They are bad. They look lost and confused half the time but at least they've gotten the coin toss right for all the games this week, right? Would you want to be a Rams fan wearing a Kurt Warner jersey leaving Candlestick Park after the Niners lost a game because of a blown call because the officials don't even know the rules?

All in all, things look good. Our cup runneth over.