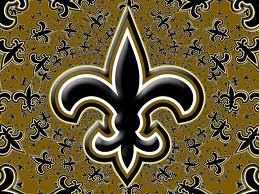 THE 53 MAN ROSTER IS SET

I didn't watch the Titans game. Tried listening to it on a battery powered radio but was too busy being bitched at for trying to enjoy myself after taking care of other people's property since the Sunday preceding that punk Isaac. Note to self: If no one else gives a shit about their lives, possessions, homes, and needs; it isn't your responsibility to do it for them. Now that I've gotten that little tid bit of a rant out of my system, let's talk some Saints. WHO DAT?!

So, since I'm a little late to the game because of circumstances beyond my control I'm sure you've all seen the Saints 53 Man Roster and have discussed it amongst your friends, family, and the voices in your head and are probably pretty pumped for the upcoming season.

Biggest surprise? Got to be Matt Tennant. I was shocked to see him straight up released. Not shocked in the least to see him picked up by the Pats. We kept him around long enough for him to pick up and understand a complex offensive scheme and be a backup to the best interior line in the league. Belechick must think that his staff can get him to be bigger and stronger and more nimble. When Brian de la Puente beat him out last year, Tennant had to know his days were numbered.

Second shocker? It's got to be Arrington. Word is that he'll be ready to go for the opener next Sunday and that's great and all, but I'm just not impressed with the guy. But since the dust has settled, I think this was a smart move. Arrington knows the offense as well as he knows the trainer's table and that is a huge plus. I don't know what it is about him that just rubs me the wrong way. He just doesn't seem to have that same scrappiness that the rest of the team has, but he's been around longer than I care to remember for the amount of hype he's had each passing year. Looking at his college highlights makes me sad.

Joseph Morgan made this team because of said scrappiness. And because he's fast as hell. And because if he becomes the playmaker we all thought he would be after last year's pre-season he could be one hell of a steal for this team.

Andy Tanner made the practice squad which I think I great. The kid has really grown on me this year and I think that if and when he gets called up to the game day roster for whatever reason, he will catch the ball. That's what he's proven he can do: Catch the damn ball, wherever it is when it's thrown in his direction.

Camarillo didn't show us a damn thing reallly, but there's years of tape on the guy and he's a phone call away. Having him on the opening day roster would have cost us a little more than what we would want to pay the guy for what we need him to do, so, good move in my opinion.

So that's it. After all the talk about the camp battles at receiver it ends up being Arrington and Morgan (the two favorites for the position before camp opened.) Colston, Henderson, Moore, Arrington, Morgan, and Roby.

Travaris Cadet. I said last week that he would be kept and he was. I know I'm not some genius but there was a lot of debate as to whether or not he would clear waivers and make it to the practice squad. Obviously the team felt the same as I did. The guy is just too versatile to not have on your team. What does surprise me about keeping Cadet is that they kept Korey Hall (a supposed special teams ace who we brought here to be our starting fullback but got beat out by Jedidiah Gabriel Collins.) I just assumed that with David Thomas back that we could use him as an H-Back and not have the need to carry two fullbacks. Hence, me being a blogger, not front office personnel.

Hicks and Walker. Yeah, Hicks was our first pick in the draft this year, albeit a third rounder, but we dumped Al Woods the year before and many drafted players have been let go by this organization. Hicks is no Al Woods. Al Woods wears Akiem Hicks pajamas. Tyrunn Walker would have been considered a surprise had we not all seen what he could do out there. Many times we would see 75 and 76 wreaking havoc together and I hope we see it all season long. I understand that Bunkley and Ellis and even Tom Johnson would have to be considered for more snaps than both Hicks and Walker but it's still good to see depth like this at the DT position.

The IR List. Look at all those red shirts. Who Dat! Business as usual even without Payton at the helm. Sad to see Nick Toon missing his first year, but it may be for the best.

WILL WE BE SURPRISED?

I covered a lot of this in the above section so I am just going to touch on a few other things here.

Let's see how this is going to stack up, starting with the DB's.

Greer and Robinson: We know what they can do. Johnny Patrick: We think we know what he can do. Corey White: Still is yet to have picked off Drew Brees at practice, but I trust the decision to keep him. Jerome Murphy: If Spags trusts him and he is as good or better than Elbert Mack, let's roll with it. Mack was nothing special in Tampa and did nothing to make himself stand out in camp. I actually had forgotten he was here. These guys'll do just fine as long as we can bring some pressure to opposing quarterbacks.

Harper and Jenkins: I am in the minority that believes in both of these guys and thinks that they got stuck in a bad situation with Gregg Williams once his "I'm gonna blitz and blitz and blitz and then blitz again" game plan got figured out. I like the Harper quote from the beginning of training camp which I will paraphrase out of laziness, "Of course we'll have more interceptions, our backs won't always be to the QB." Jenkins was just made a defensive captain for a reason. Watch these two guys this year. They seem to be itching to prove all of their Saints fan doubters wrong. Their backups: Quddus and Bush (#25 brah!!!!). IQ looked good in limited playing time and I never trusted Amaya on anything but special teams so I am glad that his bags are packed. Sucks for the guy, but he is just a special teams player and a stop-gap, in case of injury kind of back up to Harper. As to Bush, Rafael: I dunno. Neither do you. Neither does anybody. Undrafted to Atlanta and then picked up by Denver. No real stats or starts to even look at so we'll see what we see when we see it. Maybe Spags just didn't like Amaya since it seems like Bush is going to be playing the same role. Or maybe they just wanted us to start wearing some Reggie Bush jerseys again. I don't know. Again, I'm a blogger, not a talent scout.

Only if they suck, which they won't.
Posted by insidejob at 7:56 AM